Inside Out Therapy & Coaching

I love my life as a writer, but there is another work I have given priority since I moved from Istanbul to Brussels: I am a mind-body troubleshooter. Inner (and sometimes outer) conflict is my business. 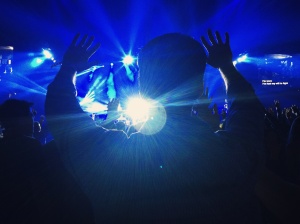 What I do is often called energy psychology, but I strongly believe what a famous neuroscientist found after a life-time of research: your subconscious mind is actually your body. I think of it as an intriguing terrain where many battles are fought, big or small. Deciphering and resolving what’s at stake is my field of operations.

‘Most psychologists treat the mind as disembodied, a phenomenon with no or little connection to the physical body. Conversely physicians treat the body with no regard to the mind or the emotions. But the body and mind are not seperate, and we cannot treat one without the other.’ – Dr. Candace Pert

One person with whom I worked wrote the following:

‘Prior to the session with Jessica, I was more than skeptical about the effects of what she described as a tool that could initiate healing. It sounded to me like an imprecise and impossible-to-measure approach to targeting years of emotional trauma but I endeavored to give it a shot anyway.

I can only describe the two hours of one-on-one energy work as a mystifying and unforgettable experience. Through a series of questions and answers with which Jessica seemed physically interconnected, she was able to uncover memories and emotions that I had long forgotten about. The process felt accumulative in nature; with every question and answer, I felt more integrated with the phenomenon and more in touch with who I’ve been at various stages in my life.

At the end of the session, I felt an intense wave of panic and anxiety related to the memories uncovered with Jessica. She mentioned that this was a very real possibility but that over time, my daily struggles with anxiety would lessen in intensity. 45 minutes later, I was on the shore of the Mediterranean in southern Turkey and inexplicably drawn to the water where, slowly, I was able to release much of the tension that had built up over our session until nothing was left but peace and an unfamiliar sense of tranquillity.

I’m very grateful to Jessica for spending that time with me and for traveling to dark places in my psyche when only 30 minutes beforehand, we were complete strangers. She is tremendously skilled and I recommend her work highly to anyone brave enough to confront their own past.’

It’s not only about things that have been buried deep. Recently a friend visited me with her two- month-old baby.

Having a conversation was hard because the baby was crying all the time, clearly in great distress. The mother was at the end of her tether, so I offered to troubleshoot. After a half-hour session the baby settled down and had her first proper sleep for a long time.

That evening my friend sent an email:

‘Just wanted to let you know, while there has been the acceptable amount of crying, the baby has been –relatively speaking– an angel tonight. Thank you. Really saw a change.’

The next morning another one:

‘To follow up on last night, wanted to further let you know that she is definitely improving. I feel much “lighter”. Thanks again!!!’

Interestingly enough the work I do does not require that I see face to face with a client. In fact, I have never met this person below, but on Skype.

‘I was suffering a lot from negative thoughts, and was constantly worrying about them on top of that. This made me more emotional than I’d like to be. By having a few sessions with you, Jessica, it became clear to me that this negativity had its roots in the past. … I have become lighter, I don’t get upset so easily anymore. My heart has stopped racing, which makes me feel calmer. I sleep a lot better and I’m less nervous. It’s wonderful!’

Especially when a person’s complaints persist, no matter what has been tried, I take that as my cue. Some people prefer to suppress their symptoms with pills, and hope that the body will deal with the root causes in the meantime. My approach is to decode the available signals with an elegant, simple method, in order to unravel and heal the underlying cause, whether the problem is physical, like pain or allergies, or an emotional issue.

So far I have been able to help people complaining of chronic pain in various parts of the body, obsessive compulsive disorder, depression, bipolar disorder, eczema, chronic intestinal discomfort, explosive anger attacks, fear and anxiety, insomnia, allergies, or feeling blocked; with children who had regular headaches, tummy aches, panic attacks or concentration problems at school; and the list goes on.